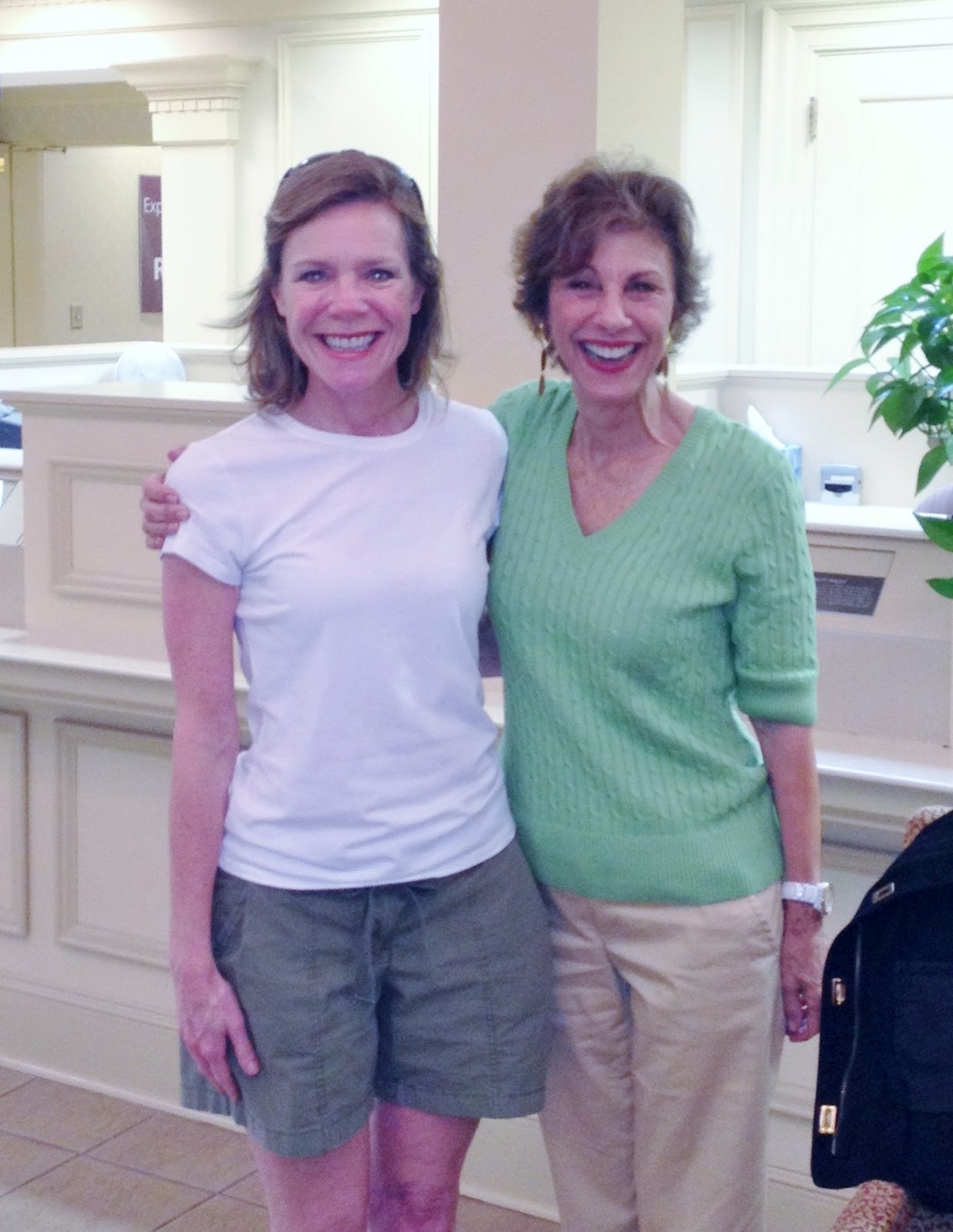 Barbara Dooley is one inspiring woman!  I admire her greatly because she is witty, entertaining and is a true southern woman…full of grace and grit.  A guest on her radio show recently, I was immediately captivated by her powerful, clear voice.
“Wow,” I thought.  “This is going to be a high energy 10-minute segment.”
And it was.
Barbara, being a cancer survivor, knows a lot about overcoming the odds.  I liked the directness in her interview style.  I liked her pragmatic approach.  You know, it’s hard to ask a sexual assault survivor personal questions, but Barbara just plowed in and asked the tough ones without hesitation because she has been there and overcome as well!  Listen to the interview here.

On a Tuesday afternoon in February 2008, Starbucks closed all its doors to train its baristas in 7,100 stores to pour that perfect shot of espresso.  It was a huge risk.  Starbucks CEO Howard Schultz knew the company would lose millions in the three hours he would close all the coffee shops, but he bit the bullet.  The media had a hey-day, interviewing baffled customers standing at storefronts.  Critics would charge the Starbucks brand was broken.   But Schultz was confident he had done the right thing….to invest in his employees.
In Shultz’s book, “Onward,” he wrote, “There are moments in our lives when we summon the courage to make choices that go against reason, against common sense and the wise counsel of people we trust.  But we lean forward nonetheless because, despite all risks and rational argument, we believethat the part we are choosing is the right and best thing to do.  We refuse to be bystanders, even if we do not know exactly where our actions will lead.”
As a sexual assault survivor, I know it takes courage to step forward when self-defeating beliefs, fears and crippling habits keep us from living a full and abundant life.  On September 15th, you have an opportunity to be courageous….to take a few hours and invest in your own life, recovery and healing at the 2nd Annual Sexual Assault Survivors Conference at Georgia Southern University.
Starbucks fought for its life without losing its soul.  We should too.
August 7, 2012

The 267-page Freeh report released July 12 examines the heinous actions of Jerry Sandusky from May 1998 until his arrest in November 2011. I am left feeling sick to my stomach knowing a conspiracy of silence was given life by Penn State University President Graham Spanier, Football Coach Joe Paterno, Athletic Director Tim Curley and Vice President Gary Schultz.
For 14 years, these supposedly purist, powerful men at Penn State University chose to remain quiet.  To look the other way.  To conceal the hard facts.  To shield the reputation of the school’s venerable football program all in the name of pigskin.
And they did it well.
Why my soapbox?  I too am a sexual assault survivor.  My nightmare occurred in an Atlanta hotel while on a business trip at age 27.  It took me two decades to even begin the healing process.  What happened to me and Sandusky’s victims are different only in setting.  The impairment of these deep, harsh wounds is the same.  I can assure you it will take a lifetime of healing for these young men, as it has me.
I am speaking for the young men who survived these attacks at the hands of Sandusky and countless other victims of rape and assault who will never come forward and whose voice will never be heard.  Many will live in shame and will blame themselves for something that should have never happened to them.
Many will never recover because sexual assault is so underreported and is silenced culturally.  Our society has this twisted.  Rape is the crime.  Talking about it isn’t.
The findings support my point of view fully as it sadly confirms staff members, from the ranks of janitors to coaches, witnessed Sandusky showering with young boys, fondling and pinning them against the wall, and performing sexual acts on them in the Penn State athletic facilities shower.  Yet they chose to protect Sandusky, a serial pedophile, in order to keep their jobs  and at all costs protect the university’s reputation, fearing it might “open Pandora’s Box” onto Penn State’s almighty football program.
This report revealed “a culture of reverence for this university’s football program that was ingrained at all levels of the campus community.”  It was, as the report stated, like a quasi-religious cult.  At many competitive football schools, we find fanatic-like rage reeking of this same cult-like behavior as the end zone scoreboard offers the glitter of VICTORY!
Collegiate pigskin is one of the most powerful forces in this country.  Elite followers think nothing of making $10,000 donations for club seats on the 50-yard line.    Such impressive investments have led Penn State’s football to be among the five most profitable programs, generating $50 million in the 2009/10 season. Sterling and ethical leadership, beginning with the University President’s office, must assure, midst such sporting drama and excitement, no one is “off sides.” To do so takes shepherding with honor, individuals who do not get caught up in the power of their governance.  For with one clever sheep going astray and not gathered in, the disorder begins its destructive, rapid growth such as the Sandusky case.
In the final score, Joe Paterno was not a football hero, but a coward.     He wanted glory, fame for his beloved Penn State, at all costs.
And the cost is the death of Penn State’s reputation.
July 9, 2012

We often think of sexual assault in terms of females being targeted, but the fact is 1 in 6 boys will be sexually assaulted by age 18, according to David Finkelhor in “Sexual Abuse in a National Survey of Adult Men and Women: Prevalence, Characteristics, and Risk Factors.” 1990.
It’s up to us as parents to be aware of the facts:
The information below reveals the secret strategies of child molesters.
May 23, 2012

The Roller Coaster Ride of PTSD

I have a new term for you. Veloxroltaphobia. It’s the fear of roller coasters. The symptoms: dry mouth, racing heartbeat, stomach doing more loops than the ride itself.  Apparently, Legoland has teamed up with psychologist Susan Bartell to provide parents with “Roller Coaster Readiness Tips” for nervous, reluctant tikes who are scared of this particular amusement park ride.

When I saw this in an article in USA Today last week, it made me think about the enormous number of women who have survived sexual assault and rape and “white knuckle” it through life.

I was on a never-ending roller coaster for 20 years.  It went something like this….
1. See man who looks like attacker.
2. Hold breath.
3. Hyperventilate.
4. Have heart palpitations.
5. Experience panic attack.
6. Realize it wasn’t assailant.
7. Recover.

I lived with PTSD and was on edge for so long it became part of my framework, intertwined with my DNA and destiny.  Months became years, years became decades.   I really thought I could overcome it with the passage of time.  The fact is I could not.  The other important truth:  the sooner PTSD is confronted, the EASIER it is to overcome it…..I surely wish now someone would have clued me in on that tidbit!

Two years ago, I finally had enough of the daring drops and corkscrew turns and sought counseling from Ellen Emerson, a licensed psychologist in Statesboro.  She used cognitive therapy to rewire my brain and allow me the freedom to LIVE AGAIN, uninhibited by fear.

Until we can be victorious over post traumatic stress and free ourselves of the helpless and hopeless feelings that come from constant flashbacks, continual startling, and hyper vigilance, we are going to be on what feels like a perpetual Six Flags Scream Machine forever.

If you have no belief you will ever be able to get off the roller coaster and live again, that is not true!  I got off.  You can too.

I am a Survivor

The lyrics of Destiny Child’s “I am a Survivor” often  wash over me.  How can they not?
I’m a survivor (What?)
I’m not goin’ give up (What?)

Over the last month while traveling and speaking to groups throughout the state, I met many other survivors who have suffered the pain, agony and torment of physical, mental and emotional invasions. Oh, how their stories resonated in me.
One such woman who is making an Oprah-sized impact on our planet is Paige Slocumb of Macon, Ga.  I had the honor of meeting Paige in Milledgeville while we served as guest speakers this past weekend.  Paige is passionate about ONE THING.  She wants our world to be a safe place for women to live. Of course we join her in her journey, don’t we?
Her story is powerful.
On July 25, 2006, during the middle of the day, Paige’s older sister, Jenny Ewing, was riding her bike on the Silver Comet Trail in Atlanta. She had her cell phone with her and was also equipped with pepper spray. Someone came out of the woods, dragged her off of her bike into that darkness we survivors all know. Evidence proves Jenny made every effort to fight for her life, scratching and even biting her attacker.   Jenny, who was vigilant, safety conscious and intelligent, still fell victim as she was brutally assaulted and kicked to death. Sadly, her final conscious moments were that of being raped.
In the aftermath of this senseless tragedy, Paige created Safe Alone, Inc to teach women and girls how to fight back. Her mantra is “Fight Like a Girl” and she teaches us how to use the powerful parts of a female’s body to save us from a man’s assault.    Her message resounded in my soul as she states emphatically women SHOULD be safe alone.  We SHOULD NOT have to worry about being alone in a public place.
You see, I was alone in a public place and it happened to me too.
A major shout out to Paige Slocumb and her courage to help others.
If you know a women’s group who would be interested in learning these life-saving tactics as Paige and I SPEAK OUT, contact me and we will be there.
«< 6 7 8 9 10 >»